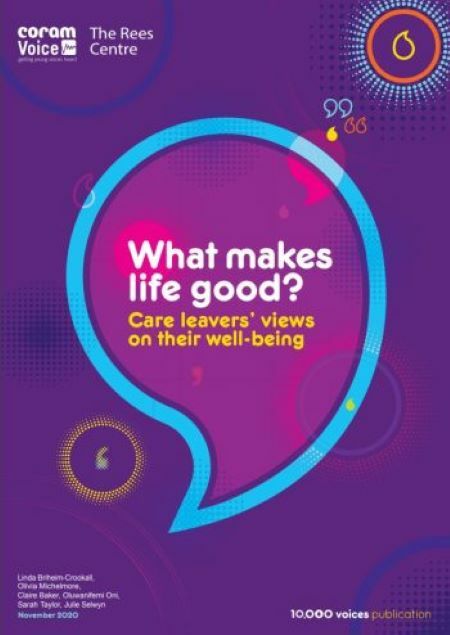 ‘What makes life good? Care leavers’ views on their wellbeing’, published by Coram Voice in collaboration with Oxford University’s Rees Centre, has shown significant differences in the experience of care leavers between local authorities in England.

It found disparity in the percentage of care leavers with low wellbeing ranged from 14% to 44% by local authority. Similarly, in one authority, half of young people did not always feel safe in their home, in contrast to another local authority where the same was true for only one in five.

The report is the first of its kind in examining the wellbeing of care leavers from their perspective and enabling comparisons across local authorities by analysing 1,804 care leaver responses collected between 2017 and 2019.

Further reading and the full report can be accessed here