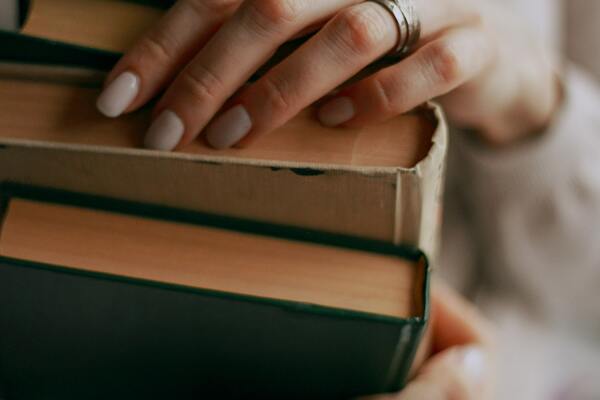 I am sitting in the lecture hall watching it fill with freshers – they’re unmistakable. Eighteen, nineteen, bright eyed and bleary eyed, all slightly giddy with anticipation as they flock in. Around me, snatches of conversations hover, and I’m struck by how different my journey to this point has been from most of my new classmates’. Friends giggle about buying toilet rolls for the first time and sigh in exasperation at their inability to operate a washing machine. They bond over the horrors of surviving freshers’ flu without the medicinal tomato soup brought to the bedside by devoted parents. I don’t relate. At twenty-three and seven years out of the care system, novelties like these have long since worn off - and I make a mental note to pick up some milk on my way home. The room quietens as a projector screen flickers on and a light is dimmed. Opening my laptop, I swallow my insecurities and turn my attention to the professor as he begins.

University was not even on my radar when I was eighteen, let alone a realistic possibility. It was something that other people did - people with stable childhoods, tons of GCSEs and extracurricular pursuits. I hadn’t a single GCSE. I had been out of school since year 8 and worked full-time stacking shelves at B&M. Years of bouncing around the care system had severely disrupted my education and upon leaving it, I resolved to earn my own money and maintain my independence. That’s not to say I didn’t feel a twinge of envy as I scrolled through photo-dumps from school friends I once knew - freshers’ weeks, nights out, and other various displays of success. But I understood: this was what people did when their lives hadn’t been shattered into tiny pieces, and any envy I felt was immediately overshadowed by my bitterness towards the care system. I felt I’d been chewed up and spat out. Left to fend for myself without the luxury of choice. So, I went to work, came home, cooked, cleaned, and repeated for 4 years, waiting for my life to start. I did not know it then, but life was about to change dramatically: two years later, I gave birth to my daughter and became a single mother.

One year of nappies and sleep deprivation later, my maternity leave was coming to end. After struggling with postnatal depression - as well as some particularly intrusive involvement from social services – I was ready to return to work. The adult conversation and routine would bring me back into the land of the living. But, as I sat with my manager in the office, mindlessly rocking the pram beside me, tears spilled down my face as she informed me that HR was insisting all employees were to work weekends and evenings; and therefore, without childcare for those hours, I realised it would be impossible for me to return. I was devastated. I tried to compose myself whilst my manager and one-year-old giggled and babbled together in Baby. When I left, it was on the agreement that I would be in touch over the coming days, once I’d had time to see if I could ‘sort something out’ - my manager apparently optimistic that I’d be able to manifest some form of childcare, ‘a family member, perhaps?’ I walked back out the store, winded, and already knowing it would be for the last time. The following day, I phoned up and formally resigned.

Little did I know, this bombshell would in fact transpire to be the catalyst for another turning point in my life. When lockdown hit a couple of months later, I abandoned my fruitless job search and sought some bizarre form of comfort in knowing that the rest of the world had joined my isolated, stagnant existence. It felt like the runaway train of life that I had been desperately trying to catch up with had finally pulled into the station for a while, allowing me to board and rest. Whether it was merely my lack of success in finding a new job; or whether the global lockdown had allowed some deeply buried desire in me to surface, I don’t know, but, around that time, I began looking into various college courses. Perhaps here I would discover my vocation and launch myself into some highly successful career? I was a mother now; shouldn’t I be striving towards a career that could provide a good life for us both? Whatever I was thinking, one thing was clear; new possibilities were circulating my headspace and I enjoyed entertaining various fantasy scenarios in which I had successfully risen the ranks of some high-paid job in just a few short years. Propelled by my newfound optimism, I came across an Access course at my local college – a course for adults equivalent to 3 A-levels, lasting a year and enabling me to apply for a university place upon completion. It was the Access to HE diploma in Social Science and Humanities, and although I didn’t know the exact degree I would go on to do, I applied, confident that this was the path to take me places.

Before I could enrol there was one final obstacle I needed to overcome: my lack of GCSEs. The course required a C in Maths or English, OR the equivalent – a functional skills level 2. And so, having neither and none of the above, I set about to obtain these. I quickly realised I could study and sit the function skills in just a few short months - compared to the much longer GCSE syllabus - so I contacted the leaving care team, who, to my surprise, came through and arranged a tutor to support me to study Maths and English. I mostly did this during evenings once my daughter was in bed, and in August 2020 I was awarded the qualifications, allowing me to enrol straight onto the course starting that September. Now, in a word, the Access Diploma was Intense. Trying to jungle the workload while being a full-time parent did, at times, feel impossible. But it was worth it; I passed with distinction and secured my conditional offer from the University of Manchester on the course I wanted. I was elated. The feeling was a high unlike any I’d experienced before. Sheer hard work and grit had just massively paid off and it was intoxicating.

And so, as I sat in that lecture hall on my first day, questioning whether I belonged there, I reminded myself what it had taken for me to get to this point, and of where I might now be now if I had been able to return to my job stacking shelves all day. I felt like life was finally starting to go somewhere and I was excited to find out where.

It doesn’t matter where you might be starting from. You may not have followed the same route, or have been afforded the same education as others … if there’s something in you wonders ‘could that be me?’ Follow it. If higher education is something you want for yourself then the support is out there. Find it. It is totally possible. You are just as worthy of a place in these spaces, and your contribution is just as valuable.

Photo by DNK.PHOTO on Unsplash